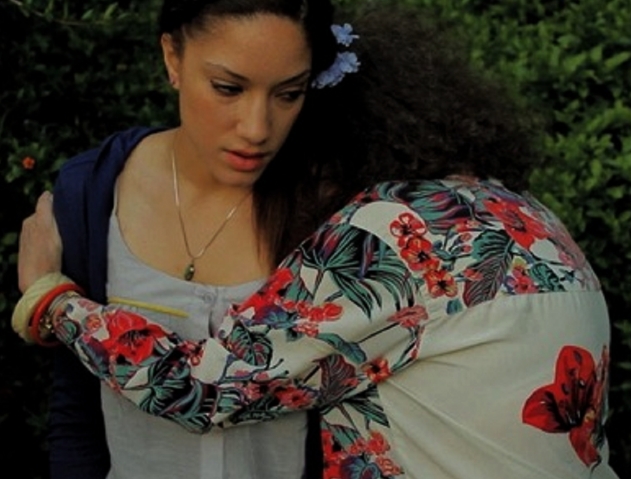 The first five minutes of Maria My Love are a feast for the senses. No dialogue, just life moving forward in quiet regularity.

Struggling under the weight of her mother’s death and her father’s imperfection, Ana (Judy Marte) has closed herself off from her family and, to a certain extent, from life itself. That is, until she meets Ben (Brian Reiger).
Girl meets boy as is often the way – in that unassuming, unexpected and perfect way – simply by chance. There’s something in Ben’s patient, honest affection that inspires Ana to seek contentment, leading her back to her half-sister, Grace (Lauren Fales), where Ana considers the slow and timid process of rebuilding and reviving.

Along the way, Ana stumbles upon the eccentric Maria (Karen Black), a hoarder. Somehow drawn to Maria, Ana attempts to walk the narrow road between “helpful” and “disruptive”, coming into the hoarder’s long-closed-off home offering to clean, as if unearthing Maria’s life will give her own organized chaos some meaning. Slowly, as Maria and Ana share the details of their lives and losses, Maria helps Ana find the value of holding on to things while inadvertently teaching her how to let go.

I was instantly struck by how genuine this film is – the conversations are candid and familiar, filled with the emotion, longing and guarded reserve we’ve all experienced. Every scene feels like real life – from the flashes of heartache, to the struggle to overcome personal fears, to the inexplicable trust we have in the occasional stranger.

Maria My Love sees it’s Canadian Premiere at the first night of the 2011 festival, playing Friday, September 23 at 5:00pm at the Globe Cinema, with an encore screening Sunday, September 25 at 7:30pm. Don’t miss the opportunity to be taken in by this truly beautiful film.