As I was working through my 40 Things in 2013 list, I had plans to write blogs posts on a few specific ones, and I think–time willing–I’ll probably still do that. But for now, I thought a quick run-down on what I actually checked off might be interesting, so here we go: 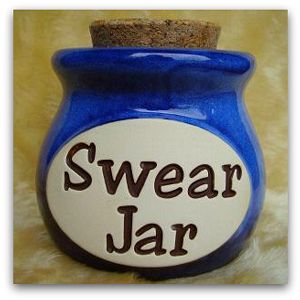 11. Do yoga at least once per week – Sometimes this happens, most of the time it doesn’t. But I did get a gym membership, which I use at least once per week (sometimes more) and attend their yoga classes. I’m probably going to yoga 4 to 6 times a month
12. Try out/take up a fighting style – Nope
13. Start swimming regularly again – Not regularly, but I’m swimming again. At present, aiming for once per week with about 60% success
14. Give up meat for at least one entire week – I didn’t give up meat for a full week, but I do eat vegetarian roughly once or twice per week with the aim to do this much more frequently
15. Eat locally at least 50% of the time for one month; work on extending this indefinitely – Definitely did not do this
16. No alcohol for three months – This one is easy for me because I seldom drink. In fact, we’ve more-or-less given up alcohol until the wedding, so I may blog on it later
17. No coffee for one month – Also pretty easy (she types, whilst sipping a Tim Horton’s dark roast…) I barely drink coffee, so I’ve gone well over a month several times in the past year and a half
18. Walk more. Drive less – I did do this. I’m not saying I walk to work every day, but I certainly walk more (though I probably drive less because I don’t go out as often, but…)

19. Sing karaoke. Like, in public – I did this! Like, a lot, at my friend’s September 2013 karaoke birthday party (I missed his 2014 karaoke birthday party because I was busy Maid Of Honor-ing it up in Ontario)
20. Go one full weekday without wearing any makeup – Yes, and I’ve done this a lot. In fact, I’ve gotten too comfortable without makeup…
21. Read my poetry at an open mic event – Did this, too! Read some (old) poetry at the kick-off, 2013 Wolf’s Voices. Go me.
22. Go one full day without my iPhone – I did this, but only because I didn’t have a choice. I may blog about it later, but suffice to say, we were camping and there was no reception for three days
23. Go one month without shaving my legs – Yes
24. Finish writing my first poetry collection – No
25. Kick off my freelance business. And actually get paid – Yes! 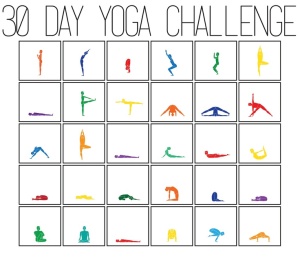 26. Read Pride and Prejudice – Still have not read it
27. Read Shakespeare’s Histories – Definitely have not read them
28. Attempt a 30-day yoga challenge – Got scared and didn’t even try
29. Blog regularly. Here, there, everywhere. – I haven’t blogged here AT ALL, but I have started blogging at Huffington Post Alberta, including some film reviews and some political pieces. It’s a start
30. Get an article published by a reputable outlet, whether blog, magazine or otherwise – I’m going to consider Huffington Post Alberta as a yes for this. For now
31. Declutter. Cut my possessions by 25% – I didn’t do this so much in 2013 but have definitely done so since. I moved into a rather small apartment and this not only necessitated cutting clutter but it was something I desperately wanted to do. It’s a great feeling
32. Save. Come out of 2013 with new savings – I did this! It won’t buy me a house yet, but it will someday
33. Join the Writer’s Guild of Alberta – Still haven’t done this, but only because I think o forgot about it. So I’ll do it in 2014

34. Sing again. Go back to a choir and/or voice lessons – I haven’t done this yet, but largely because I can’t find a group I want to sing with. I have an idea on this for 2015 so may update later
35. Take an art class – Sadly, no. I would love to and will continue looking into it. I do, however, make art a lot more often than I used to make time for
36. Make a loaf of bread from scratch, in the oven. No bread maker – Nope
37. Volunteer more—for other organizations, not just my own – Yes! Calgary Reads, Calgary Mini Maker Faire and WordFest
38. Take up archery again – Nope
39. Take in at least one art gallery/exhibit/museum a month – Definitely not. But it’s something I’d still love to do
40. Dine at NOtaBLE – STILL have not dined here. Someday